We’re talking about two creepy unsolved mysteries on today’s long, slightly drunken, tangent-filled installment! First up (well, about eighteen minutes into the show, haha), we discuss the infamous disappearance of three lighthouse keepers from Flannan Isles Lighthouse in the Outer Hebrides in 1900. Were they swept away by a freak wave, did some foul play befall them, or were they spirited away by ghosts or sea monsters? On our second segment, we talk about the tragic events of early 2013, when a young woman named Elisa Lam went missing from her LA hotel, and worries about her fate mounted after some eerie elevator footage showed her behaving in a very strange fashion. Days later, her body was found in a large water tank on the hotel’s roof. Was she the victim of murder, suicide, or a tragic accident? Or was there some other even more sinister reason for her bizarre death? All this, plus a fun news story about people’s Amazon Alexas seemingly becoming possessed by dark forces, and digressions about the Mammoth Mountain poltergeist, sexbots, the universal Krusselsphere, why you should never go in the ocean for any reason, and much more! Dive into the murky and mysterious waters of the unknown with Tom and Jenny, on episode 83 of 13 O’Clock.

Clip at the beginning taken from “Elisa: The Documentary.”

Song at the end: “The Mystery of the Flannan Isle Lighthouse” by Genesis. 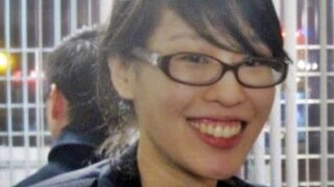