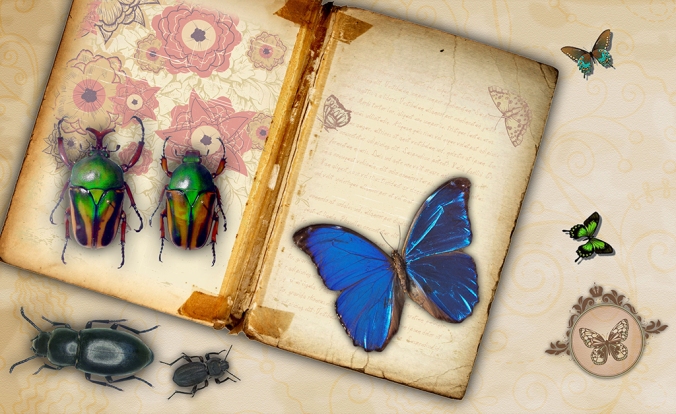 When the next day passed with no sign of The God Who Brings Rain, and then the next day, Monarch knew it was time for him and his subjects to take definitive action. The butterflies were growing weak from lack of water, and some of them could barely keep their heads up as Monarch addressed them from his flower. He knew that even if they chose to move to another garden now, some of them would not make it.

As he finished his speech, in which he outlined the plan for the exodus, Monarch happened to glance down into the soil. The beetles were gathered there in their numbers, carapaces shimmering in the sun. The head beetle, the one who had found the orphaned worm, stepped forward and spoke. “We would like to be included in any plans you have for relocation,” she said, her tiny voice almost lost, coming from so far below. “Surely there is another garden nearby where The God Who Brings Rain will see fit to be more generous.”

“You will only slow us down,” Monarch said, fluttering his wings as if to remind them of his superior attributes. “You can make your own way, if you wish to.”

“But you can scout farther ahead, tell us where to go,” the beetle protested, but already Monarch was tuning her out. He turned to the other butterflies and signaled them for takeoff.

But just at that moment, a curious buzzing was heard coming across the garden, from where The God Who Brings Rain had last been seen. Monarch looked around, confused and hopeful, but then he saw that it was just that creature, the horrid one he had raised, thinking it would be a princess someday. He couldn’t believe he’d ever actually thought anything good could have come from that detestable little grub. “What are you doing back here?” he shouted with all the scorn he could muster.

The little creature hovered, clear wings flapping so quickly that they were nearly invisible. “I don’t know where else to go,” came the plaintive reply. “I am not at home here, but all that I found beyond the garden was a lonely plain with none of my kind to be seen. Out there is only a large pale creature who lies on the grass, as still as death.”

“We have our own problems here, as you can see,” Monarch said testily.

The head beetle was waving frantically with her black legs as Monarch talked, as though trying to get his attention. When he finally deigned to give it, the beetle spoke with breathless rapidity. “The worms we saw crawling on The God Who Brings Rain were not his pets at all,” the beetle cried. “They killed him! Surely they did! Isn’t it true that The God Who Brings Rain has not been seen since we brought this creature here?”

“She and her kind killed The God Who Brings Rain, with the sole intention of ridding us of our water supply! It all makes sense!” The beetles around her were chattering their agreement, and some of the butterflies seemed to be picking up on the mood of the crowd.

“What have you to say for yourself?” Monarch asked the tiny creature pointedly.

“Please! I don’t know what you all are talking about,” the ugly outcast said. “All I remember is coming out of my cocoon and seeing all of you around me. I bear you no ill will.”

“Then what have you done to The God Who Brings Rain?” the beetle demanded.

“Nothing! I don’t know!” The little creature was frantic, her wings beating the air so hard that the flower petals around her danced crazily.

“We cannot let something like this go unpunished,” Monarch intoned. He signaled to the other butterflies, who immediately took to the air and surrounded the buzzing little murderer. They closed in, gripping her minuscule legs with their much larger ones, barring her escape with their massive and gaily colored wings. Monarch watched her as she struggled, eyes wild with fear. “We will take her to the sill, where we take all enemies of our kind,” he said. “Perhaps this act will purify the garden, and return us to favor with The God Who Brings Rain, so that we may remain in this place that has always been our home.”

The insects were all in agreement, and moving slowly as befitted the solemnity of the occasion, they began the short journey to the residence of The God Who Brings Rain, which was a wooden shed at the north edge of the garden, a shed with a large open window and a smooth white sill.