A landmark 1973 study demonstrated that telling the difference between sanity and insanity isn’t so cut and dried. 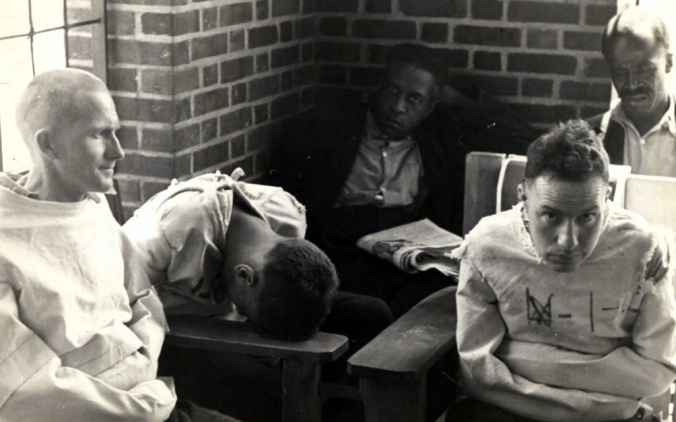 In principle, it should be easy to tell a sane person from one suffering from a mental illness. But in 1973, David Rosenhan, a professor at Stanford University, published the results of a fascinating experiment in the journal Science. It seemed to show that perceptions of a person’s sanity may be colored by context; that is, if one is labeled mentally ill, all subsequent behavior may be filtered through that perception.

The study hit the psychiatric community like a thunderclap, causing a furor that didn’t die down for almost a decade. And though many legitimate criticisms were leveled, the experiment still suggests the important role context plays in diagnosing mental illness.

“On Being Sane in Insane Places”
Eight completely sane people volunteered to participate in the experiment. Each of them turned up at a psychiatric hospital, claiming they had heard voices repeating the words “empty,” “hollow,” and “thud,” though they were no longer hearing the voices now. Other than this one symptom, the volunteers were told to behave exactly as they normally would, and answer questions about their life and family background completely truthfully (only their names and professions were changed).

All eight volunteers were admitted to their respective hospitals, seven with a diagnosis of schizophrenia, and one labeled a manic-depressive. Experimenter Rosenhan was curious to see how long it would take before hospital staff realized that the volunteers were perfectly sane, especially since he had instructed the “pseudopatients” to act normally once admitted and to never mention the bogus auditory hallucinations again.

Never Recognized As Sane
The answer to the question of how long it would take to detect the fakery was apparently “never.” Though the patients were all released after an average of nineteen days (with the shortest stay being five days and the longest fifty-two), all but the manic-depressive were labeled as “schizophrenic, in remission” upon their release.

While in the hospital, even the most innocuous of the volunteers’ behavior — lining up early for lunch, writing in a journal — were noted and commented upon as though symptomatic of mental illness. Rosenhan took this to mean that the very fact of being in a place where mental illness is expected biased the hospital staff to see perfectly normal behaviors as pathological. Intriguingly, many of the genuine patients at the various hospitals recognized that the volunteers were “faking,” even if the doctors and nurses evidently did not.

Psychiatrists Criticize the Rosenhan Study
Rosenhan’s paper in effect threw down a gauntlet for the psychiatric community, and many took it up and began publishing rebuttals. While some critics simply tried to single out the hospitals in the study as particular “bad apples,” other arguments were more substantive. Repeated auditory hallucinations, psychiatrists pointed out, are indeed a symptom of schizophrenia, and this combined with the fact that the “pseudopatients” had apparently been troubled enough to come to a psychiatric hospital seeking help would have been enough for any competent psychiatrist to admit them to a hospital for observation.

Moreover, the genuinely ill patients at the hospitals acted more or less “normally” a great deal of the time, so the difference between them and the “sane” volunteers might not have been so striking as to merit immediate notice. Finally, hospital staff taking notes about the patients’ behavior was simply standard protocol, and said nothing about whether the specific behaviors were pathological or not.

Psychiatric Hospital Conditions
Though criticisms flew thick and fast, many experts did acknowledge that conditions in psychiatric hospitals could be improved, with more involved and compassionate staff and less reliance on medications. Since the study was published in 1973, changes in health insurance costs and structures have made it more likely that genuinely ill people will fail to get help or be discharged early than well people admitted. However, many of the findings in Rosenhan’s study about the extent of context-dependence on diagnosis still resonate in the field of psychiatry.