If you liked my graphic novel The Tenebrist, which told the fictionalized tale of batshit Renaissance painter Caravaggio, then you might like this article I wrote on Paolo Veronese and his run-in with the Inquisition in Venice. Give it a read, why don’t you? Oh, and also, don’t forget that I have a Patreon campaign up to raise some filthy lucre for my horrific writing endeavors, so please help out if you can! Thanks, and on with the show!

Born in Verona in 1528, Paolo Caliari, Il Veronese was one of the unquestioned leaders of the Italian Renaissance; along with the work of fellow Venetian School artists Titian and Tintoretto, Veronese’s paintings and drawings would serve as an influence on later artists as diverse as Rubens, Velázquez, Délacroix and Cézanne. He was lauded for his opulent use of color and the realism of his drawing; after settling in Venice in 1553 his work was much in demand by both secular and ecclesiastical patrons. But despite his fame and success, his well-known credo of complete artistic license would eventually land him in a spot of hot water.

In 1573, Veronese set to work on a commission for the convent of San Giovanni e Paolo. It was to be a Last Supper, a massive work on canvas, measuring about thirty-nine feet wide and seventeen feet high. The work is a sumptuous feast of reds and golds, with stately columned arches framing the action, which features not only Christ and the twelve disciples, but also a host of other figures. These include servants, dwarfs, jesters, soldiers, and other “extras” not usually found in artistic depictions of the scene.

Veronese was clearly taking liberties with the well-worn subject, but apparently the authorities did not appreciate the painter’s creativity. No sooner was the work delivered to the convent than Veronese was summoned before the Holy Tribunal of the Inquisition to answer to a charge of heresy.

The Inquisition in Venice

Though at that point in the 16th century the Inquisition still held full, terrible sway over most of central and western Europe, in Venice its power was decidedly limited by the Senate. Nonetheless, the Inquisition certainly had the power to harass and threaten (if not necessarily torture) subjects it deemed guilty of impiety, and in July of 1573 Veronese fell into the crosshairs.

At issue were the many extraneous figures appearing in the painter’s Last Supper. Veronese had painted the same subject several times before and drawn little comment, but in this particular picture he admitted the great size of the canvas had compelled him to embellish the scene with nearly three dozen unnecessary people. At the tribunal, the inquisitors asked Veronese if he felt it was “suitable” that the Last Supper contain “buffoons, drunken Germans, dwarfs and other such absurdities,” and went on to state that heretical German artists often added such figures into religious paintings in order to ridicule the Catholic church. The inquisitors also seemed highly offended by the figure of a servant with a bloody nose, the notable absence of the Magdalene, and the very obvious presence of a dog sitting directly in the foreground of the picture, looking out at the viewer.

For his part, it was highly fortunate that the Inquisition didn’t have quite the teeth it had in other parts of Europe, for as Veronese listened to the litany of charges against his work, he could offer only feeble justifications. He claimed he had only added the figures as “ornament” to fill up the space, and that the offending dwarfs, servants and buffoons were supposed to be understood as occupying a separate room from Christ and the disciples. He further argued that the house of Simon, where the Last Supper took place, might realistically have contained such people.

Finally, he pulled out the “everyone else does it” defense, pointing out that the exalted Michelangelo had painted Christ, the Virgin Mary, St. Peter and other religious figures in the nude in the Pope’s Chapel in Rome. “We painters use the same license as poets and madmen,” Veronese explained to the inquisitors, pleading his case for leniency. “I had not thought that I was doing wrong.”

The Aftermath of the Trial

After his grilling before the tribunal, Veronese was ordered to “correct” the painting within three months. Specifically, the Magdalene was to be painted in place of the dog, and the offending “drunken Germans” were to be blotted out entirely. On this condition, Veronese was set free, much to his great relief.

As meek and frightened as the painter had been while facing the inquisitors, once he was released he took a rather cavalier attitude toward their judgment. The news of his trial made his work more popular and sought-after than ever, and Veronese took up his brush with zeal in order to keep up with the new commissions. But he never took his brush to the notorious Last Supper, leaving dog, dwarfs, and drunken Germans just as he had originally painted them. His only sop to the Inquisition was changing the work’s title from The Last Supper to The Feast in the House of Levi. It is under this title that the famed heretical canvas can still be seen today, at the Galleria della Academia in Venice. 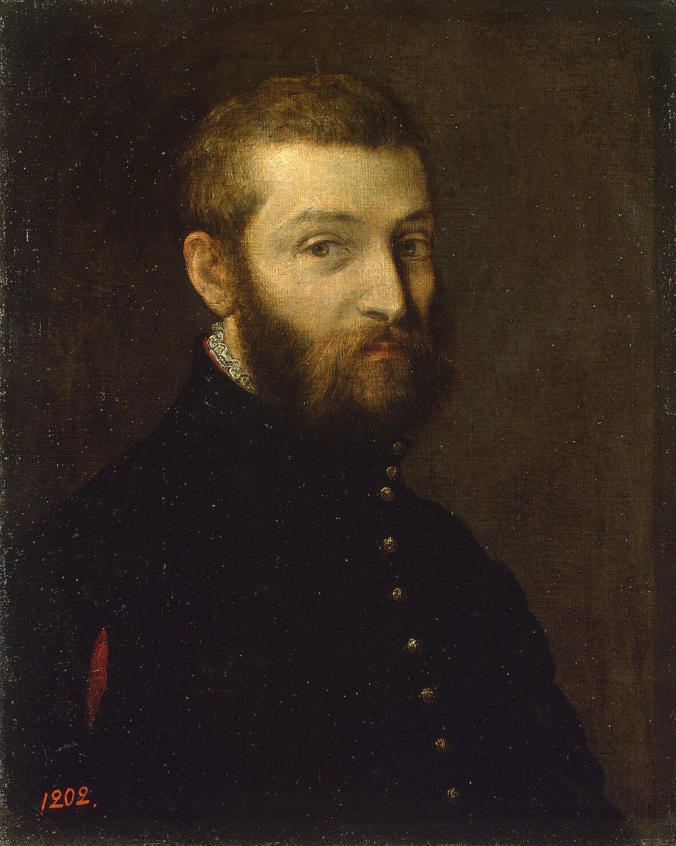