In the dogged pursuit of an hourglass figure, people have subjected themselves to many extreme undergarments. 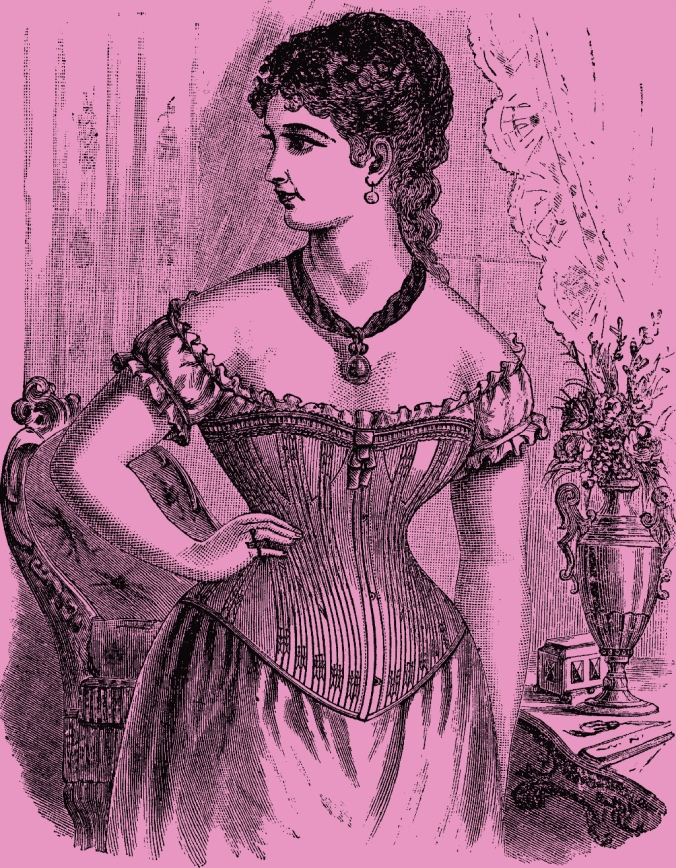 Though the waist-cinching garment known as the corset is now primarily associated with the Victorian era, its roots actually go much further back in history. For as long as humans have worn clothing, it seems, they have sought to manipulate their figures in myriad ways to make themselves more attractive to the opposite sex. Whether a smooth silhouette or a tiny wasp waist was desired, the corset has long been the undergarment of choice, undergirding a dazzling variety of clothing styles.

Corsets in the Ancient World

Ancient Greek, Cretan, Theban and Minoan societies all display evidence that corsets were worn by both men and women; the Minoans in particular wore them, possibly as support for the waist and back while they participated in various sports. Figurines of goddesses in ancient Crete wear corsets as outer garments.

Greek corsets were evidently made of leather, while those of Thebes may have been constructed primarily of metal. There are even mentions of corsets in the literature of the early Middle Ages, and some gowns from the period show a sort of corset construction beneath the bodice. But it wasn’t until around 1400 that corsets really began coming into their own.

Corsets in Spain and Italy

The powerful Spanish were highly influential on European fashion in the 15th century. Both men and women wore corsets in order to achieve a smooth torso and an upright, dignified posture. During the next century the Italians took corsets a step further, adding a busk beneath the lacing of the corset for a smoother look, then adding a hinged metal cage for extra rigidity. Later in the 16th century, Catherine de’ Medici popularized a corset with a more flexible frame made of steel, which retained the chest-flattening and waist-cinching properties of the garment while lessening the discomfort somewhat.

In the middle of the 17th century, the French took the concept of the corset and ran with it; soon corsets were worn by almost everyone, including children just learning to walk. The French, rather than seeking to flatten the chest as the Spanish and Italian fashion had dictated, instead used the corset to force the bosom upward, resulting in a pleasing décolletage. The material of the corset was made stiffer with paste, and the busk was refined, becoming a removable slat usually made of ivory, silver, wood or whalebone.

The popularity of corsets in France was only interrupted by the French Revolution, whose ideal of liberty also extended to freeing people from their corsets. For a time French ladies favored flowing, high-waisted gowns reminiscent of the draped robes of classical Greece and Rome. However, by the 19th century the French were tightening their laces once again, getting back into line with the rest of Europe and the United States, where corsets had never gone out of fashion.

Corsets in the 19th and 20th Centuries

Even as clothing styles waxed and waned, corsets remained, underpinning changing fashions. Corsets for men began to fade, though in the early 1800s dandies wore suits tailored to give their bodies an hourglass shape without the hassle of a corset underneath.

For women, though, liberation from lacing was still a long way off. Corsets were worn routinely throught the Victorian period (1837-1901). By the end of the century, despite the abandonment of the “wasp-waisted” look prevalent in earlier times, women still wore newer corsets manufactured to give them a sleek, long-waisted silhouette beneath the more straight-line and Gibson Girl fashions of the 1990s. A smaller waist was always a goal, however, and women laced their corsets tighter and tighter, sometimes to the detriment of their health, trying to achieve and maintain waist sizes well below twenty inches.

After World War I, the 1920s saw a change in fashion, with young women abandoning the corset in favour of simple panties, bras and underslips. In 1930 the panty girdle was introduced, a garment consisting of a corset and bra all in one.

With the New Look of the late 1940s came the waist cincher, and both it and the girdle remained the foundation of women’s clothing styles until the feminist movements of the 1960s finally freed women from the supposed prisons of their clothing. Though bras are still de rigueur beneath the more casual styles of today, corsets in the modern era are generally only worn by enthusiasts in the goth and fetish subcultures.

6 thoughts on “A Short History of the Corset”