Jenny Ashford is a horror, paranormal, and true crime writer, graphic designer, and podcaster. ​The first volume of her new true crime compilation series, The Faceless Villain: A Collection of the Eeriest Unsolved Murders of the 20th Century, Volume One, was published in October of 2017. Volume 2 was published in September of 2018, with a third volume to follow in 2019.

​Her other books include four paranormal nonfiction books: The Unseen Hand: A New Exploration of Poltergeist Phenomena, The Mammoth Mountain Poltergeist (with Tom Ross), House of Fire and Whispers: Investigating the Seattle Demon House, and The Rochdale Poltergeist (both with Steve Mera); as well as three horror novels, Red Menace, Bellwether, and The Five Poisons; two short story collections, Hopeful Monsters and The Associated Villainies; and a graphic novel, The Tenebrist.

Her short stories have appeared in several anthologies, including The Nightmare Collective, History Is Dead, 2012AD, ChimeraWorld #3, and ChimeraWorld #4. Her horror blog, Goddess of Hellfire, contains writing news, short stories and articles, and her reviews and opinions on horror films and books.

She also co-hosts a podcast with Tom Ross called 13 O’Clock, on which they discuss paranormal weirdness, true crime, unexplained mysteries, and other fun, creepy topics.

Jenny’s graphic design work can be seen on everything from books and business cards to posters and packaging. She has done extensive work on promo materials and CD covers for bands including Astari Nite, Armor of God, Withering Earth, Ending the Vicious Cycle, Kids Without Heroes, and Sons of Ragnar. She regularly produces poster designs for Memento Mori at Independent Bar, Kulture Shock at Bombshell’s Tavern, and various other goth/industrial and metal shows in the central Florida area. She also designed the cover and layout for The Seitanic Spellbook by the Vegan Black Metal Chef, among many other things. She runs an online store called Gravecake selling products with her designs, and is also starting up a board-and-card game concern called Giallo Games, which produces games based around the beloved Italian horror/crime genre. 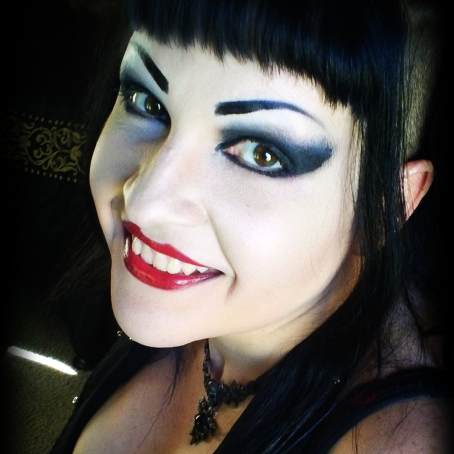 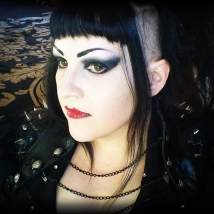