The grisly murder of a three-year-old boy in 19th-century England caused a national sensation and inspired many early crime writers. The original article I wrote can be found here. 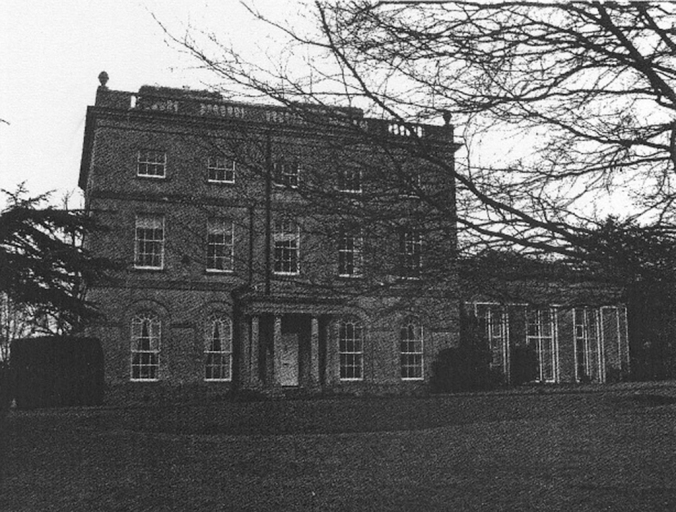 A country house situated near the town of Frome in Somerset, Road Hill House was the residence of Samuel Kent, who worked as a factory sub-inspector, and his second wife Mary Kent, along with their three children Mary Amelia, Saville, and Eveline. Also in residence were four children from Samuel Kent’s first marriage – Mary Ann, Elizabeth, Constance, and William – as well as three servants: Nursemaid Elizabeth Gough, housemaid Sarah Cox, and cook Sarah Kerslake.

Elizabeth Gough, sleeping in the same room as Saville and Eveline, first noticed that the little boy was not in his bed. At first she was unconcerned, thinking the boy’s mother Mary Kent had taken the boy to sleep in the Kents’ bed. But it wasn’t long before it was discovered that Saville was missing, and that one of the tall windows in the drawing room was open. Patriarch Samuel Kent organized family members and servants for a search of the house and grounds, sent his son William to fetch the parish constable, then took his own carriage to Trowbridge to summon the police superintendent.

The Discovery of Saville Kent’s Murder

William Nutt and Thomas Benger, both of whom lived in the nearby village and had joined in the search, were the first to come across the gruesome remains of the three-year-old. Saville’s throat had been cut so deeply that the head was almost severed; he had been stabbed in the chest and bore dark bruises around his mouth. The tiny corpse had been stuffed into the privy located near the gate to the stable yard. Apparently the murderer had wished for Saville’s body to be hidden in the mounds of excrement in the cistern beneath the privy, but a recently installed splashguard prevented the corpse from falling.

Suspicions Among the Kent Family

From the start, it was presumed someone in the house had murdered the boy. Although the open drawing room window seemed to point to a break-in, police determined that the shutters could only have been opened from the inside. There were also several clues that hinted at dark doings within the family. Nurse Elizabeth Gough claimed not to have heard anything, though she slept near Saville’s cot; in addition, she also called the boy a “tell-tale” and was heard to categorize the murder as “revenge.” There was also the matter of an allegedly bloodstained nightgown belonging to 15-year-old Constance Kent, which later turned up missing. A piece of newspaper that was found near the privy looked as though it had been used to wipe a bloody knife; the paper was The Times, to which Samuel Kent subscribed. And when the cistern beneath the privy was drained, a piece of flannel was discovered, of the type women wore over their breasts to prevent their corsets from chafing. This flannel was found to perfectly fit Elizabeth Gough.

By far the most popular theory circulated by the press was that Samuel Kent and Elizabeth Gough had murdered the child after he had witnessed them in bed together; they feared that Saville would tell his mother what he had seen. But Jonathan Whicher, the investigator sent from Scotland Yard two weeks after the murder, pointed the finger at Constance Kent, whose strangely detached demeanor, coupled with the confusion about her missing nightdress, made her a prime suspect. Whicher discovered that several years earlier, Constance and her brother William had run away from home; Constance had cut off her long hair in order to pass as a boy, and had discarded the hair in the same privy where Saville’s body was found.

Whicher had Constance brought into custody. But there was a public outcry, as most people – including Charles Dickens, who used aspects of the case in his unfinished novel The Mystery of Edwin Drood – believed that Samuel Kent and Elizabeth Gough were the killers. Whicher was reviled as a lower-class snoop who took salacious delight in airing a proper Victorian family’s dirty laundry, and who enjoyed bullying an innocent teenage girl. Constance was released, and later went to a convent home, St. Mary’s. The rest of the family still suffered under a cloud of suspicion; Samuel Kent’s job was constantly in jeopardy and he was reassigned many times, and other family members were taunted and spat at in the streets. The theme of an upright family harboring terrible secrets in its midst was fictionalized in Wilkie Collins’s hugely successful novel The Moonstone, a locked room mystery and the first English detective novel. The book’s detective, Sgt. Cuff, was based directly on Whicher.

In 1865, Constance Kent entered Bow Street magistrates’ court in London and confessed to killing her half-brother Saville, using a razor she had stolen from her father’s bag. She claimed she had acted alone, and had killed the boy in order to punish her stepmother. Despite her confession, she received an enormous amount of public sympathy, with many people suspecting that she was insane or had been coerced into confessing. But Constance was duly convicted of murder, though she was spared the death penalty. She made many petitions for early release, but ended up serving her entire 22-year sentence. After her release, she went to Australia to stay with her brother William, who had become a well-regarded naturalist. Constance herself trained as a nurse and spent many years caring for patients with leprosy. It later came to light that Constance and William may have conspired together to murder Saville, but that Constance took the entire blame to protect William. Constance Kent died in 1944, at the age of 100.

Summerscale, Kate (2008). The Suspicions of Mr. Whicher: A Shocking Murder and the Undoing of a Great Victorian Detective. Walker Publishing Company, Inc. ISBN 0802715354.