There is nothing I love so much as a well-told and terrifying short story. Sure, novels are great, and can conjure an entire world that you can lose yourself in for days or weeks at a time; but there is something about that sharp jolt from a short tale that can be read all in one sitting (though perhaps not forgotten so quickly as that). Short stories are my preferred medium for writing as well, and I hope one day to be able to create something even partially approaching the nightmarish impact of some of my favorite short stories of all time: Lovecraft’s “Pickman’s Model.” Poe’s “Masque of the Red Death.” Oliver Onions’s “The Beckoning Fair One.” Charlotte Perkins Gillman’s “The Yellow Wallpaper.” H. Russell Wakefield’s “The Triumph of Death.” Clive Barker’s “In the Hills, the Cities.”

When I was a wee Goddess, one of my very favorite things was to go to the library and check out one of the giant horror anthologies that flew under the “Alfred Hitchcock Presents” banner. A shit-ton of them were published, and I think I probably read them all during my formative years. The stories contained therein were a huge influence on little nugget me, who was already starting to show a penchant for the literary and the horrific. My grandfather, knowing of my predilections, gave me one of the anthologies out of the vast, dusty collection of books he kept in teetering stacks on the floor of his creepy, overstuffed house. I still have it, though its pages have fallen completely out of its binding from the many rereads it underwent over the years. It was published in 1967, only five years before I was born. It was called Alfred Hitchcock Presents: Stories That Scared Even Me. Even the title intrigued me! THESE STORIES SCARED ALFRED HITCHCOCK, YOU GUYS. THAT’S HARDCORE.

Sadly, this incredible collection is now out of print, but used copies can be found pretty easily, and if you’re into a lot of the horror fiction that came out from around the 1920s to the 1960s, I would recommend you pick up a copy, because it is the most consistently great horror anthology I’ve ever read. There isn’t a dud among the 25 tales featured, and there isn’t a story in there that isn’t excellent at the very least. The collection has something for damn near everyone: Weird monsters (Fishhead, Men Without Bones, It, The Troll, Out of the Deeps)! Dystopias (Not With a Bang, X Marks the Pedwalk)! Creeping suburban horror (Tough Town, One of the Dead)! Jack the Ripper (The Knife)! Vampires (The Real Thing)! Nazis (Evening at the Black House)! I’ll provide a full table of contents at the bottom of the post, if you’re curious.

It’s difficult to choose my five favorite stories out of such an embarrassment of riches, but for the purposes of this blog post, I’m going to attempt it. Wish me luck.

“A Death in the Family” by Miriam Allen deFord

I briefly mentioned this story before in my post about season two of “Masters of Horror,” and I also mentioned that it had been turned into a partial episode of “Night Gallery.” It’s the tale of a lonely undertaker who has an entire “family” of stolen, preserved corpses in his basement to keep him company. His secluded little world is disrupted, however, when kidnappers drop the murdered body of a beautiful little girl on his doorstep, and he must wrestle with the decision of either doing the right thing by the girl’s family, or adding the perfect daughter to his own. The whole tale just oozes a cold, chilling atmosphere, and the helpless empathy you feel with the bereft protagonist gives this one a real emotional punch. 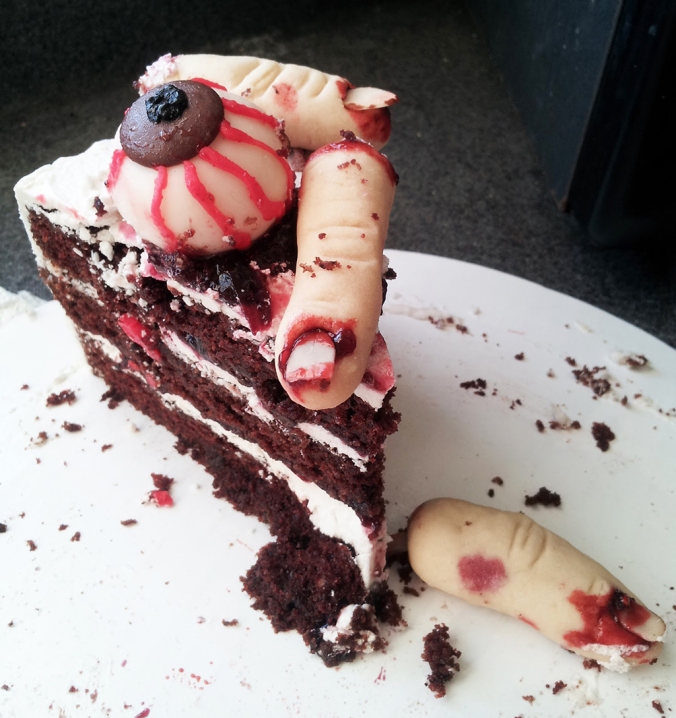 Since I was about the same age and personality type as the main protagonist of this story, the quietly sly Simon, this story really resonated with me when I first encountered it. Fairly violent, but in a pleasingly understated and very British way, the story follows the tragic arc of Simon’s ill-fated birthday party, and examines the vengeful depths that might be lurking just below the surface of even the shyest and most innocuous of little boys.

Really more of a novella than a short story, this tale is told in three rough parts. Mr. Bond is a traveler who goes to a succession of three oddly-named inns, and slowly begins to discover the terrible secret connection between them. I like this one a great deal because it has sort of an eerie fairy-tale feel, and the gruesome outcome is satisfyingly icky. 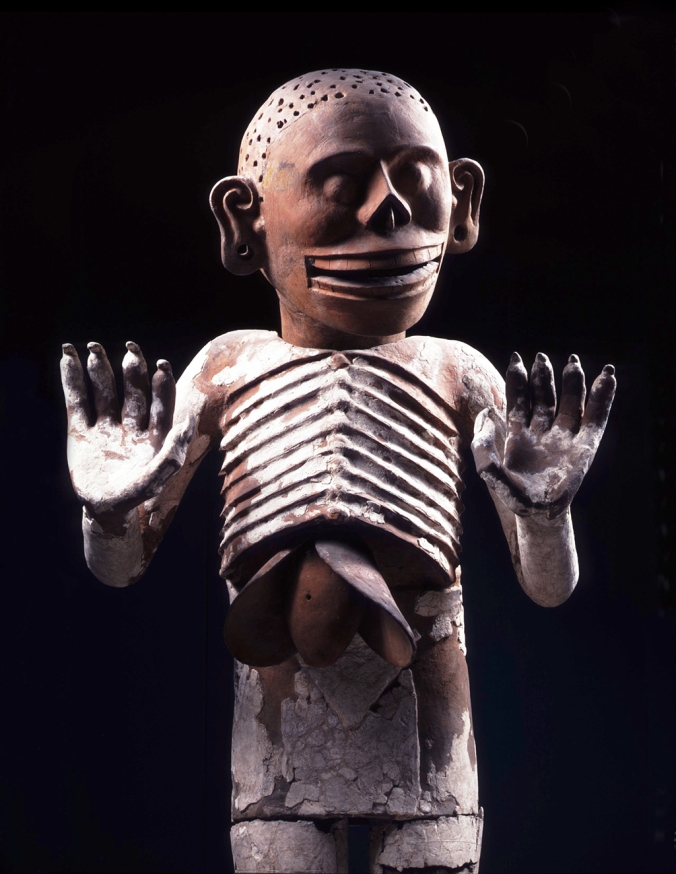 “The Road to Mictlantecutli” by Adobe James

I’m always down for a good devil story, and this one takes a fairly original and somewhat dreamlike path. Saturated in the atmosphere of the American Southwest and shrouded in Aztec myth, this story of an unsympathetic fugitive from the hangman who has his own ghastly “Hotel California” experience out in the desert is blood-red perfection.

The premise is simple: Two men are trapped in an airtight game room when their cruise ship plunges to the bottom of the ocean. But the execution is skin-crawling, the tension palpable, and the resolution grim. A shining example of taking a bare-bones frame and building a towering edifice of terror upon it.

And here, as promised, is the entire list of stories featured in this fantastic collection. Check it out; you won’t be disappointed. Until next time, Goddess out.

“Fishhead” by Irvin S. Cobb
“Camera Obscura” by Basil Copper
“A Death in the Family” by Miriam Allen deFord
“Men Without Bones” by Gerald Kersh
“Not with a Bang” by Damon Knight
“Party Games” by John Burke
“X Marks the Pedwalk” by Fritz Leiber
“Curious Adventure of Mr. Bond” by Nugent Barker
“Two Spinsters” by E. Phillips Oppenheim
“The Knife” by Robert Arthur
“The Cage” by Ray Russell
“It” by Theodore Sturgeon
“Casablanca” by Thomas M. Disch
“The Road to Mictlantecutli” by Adobe James
“Guide to Doom” by Ellis Peters
“The Estuary” by Margaret St. Clair
“Tough Town” by William Sambrot
“The Troll” by T. H. White
“Evening at the Black House” by Robert Somerlott
“One of the Dead” by William Wood
“The Master of the Hounds” by Algis Budrys
“The Real Thing” by Robert Specht
“Journey to Death” by Donald E. Westlake
“The Candidate” by Henry Slesar
“Out of the Deeps” by John Wyndham