I can’t believe it’s been a week since my last post! Sorry about that. I really do try to keep up with this thing, but sometimes I get busy with all my other endeavors (writing, book promotion, graphic design work) and run out of hours in the day. When it finally came time to do a new post, I was scrabbling for a subject, so I just decided to do something fairly pedestrian by discussing my ten best horror films based on novels. I’m not dropping my nuts here and proclaiming that these are the BEST ADAPTATIONS EVAR, but they’re certainly my favorites, and before anyone argues, YES, I know there are lots of other great horror films that were based on books, but I wanted to showcase great movies that were made from novels that were themselves fantastic and familiar to me (for example, while John Carpenter’s The Thing is one of my favorite horror movies of all time, I’ve never read the book it was based on, and as far as The Exorcist goes, I actually thought the movie was light years better than the novel). So now that we’ve got all that out of the way, allons-y. 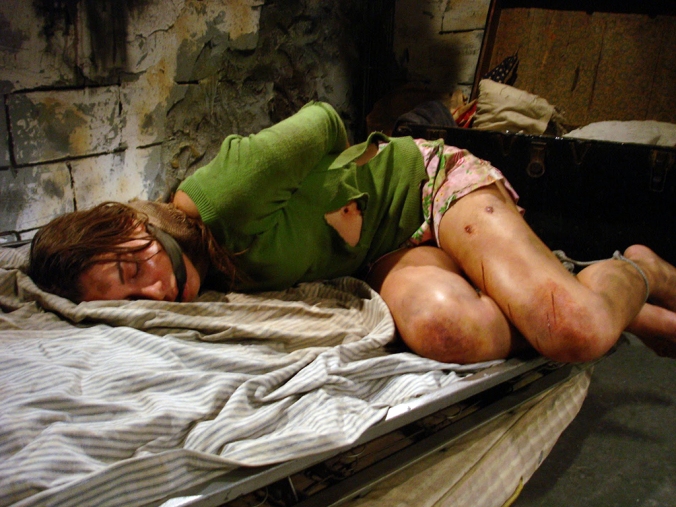 10. The Girl Next Door (2007)
Based on Jack Ketchum’s horrific, you’ll-need-a-shower-afterwards novel (made all the more squicky by the fact that it was based on a true story), this 2007 adaptation mostly doesn’t shy away from the more terrible aspects of the book, and is all the more powerful for it. While I admit I found the novel a great deal more disturbing, the film is a worthy addition to the evil-that-humans-do canon. Some of it is a little too aw-shucks, fifties-stereotypical, but Blanche Baker is chilling as Aunt Ruth, and the mostly young actors are great, particularly 21-year-old Blythe Auffarth as the doomed Meg. 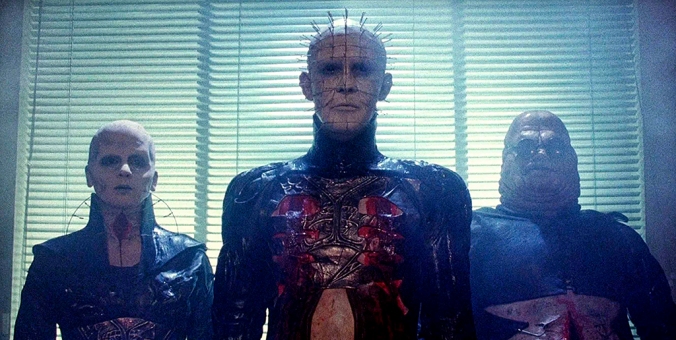 9. Hellraiser (1987)
Adaptations of Clive Barker’s infernal works are generally hit or miss, but I think we can all agree that this is the best by a mile (though I have to say that Candyman is also in the running). Based on his 1986 novella The Hellbound Heart, and directed by Barker himself, Hellraiser is filled to the brim with sadomasochism, buckets of gore, that genius puzzle box conceit, and one of the most recognizable horror baddies of all time. While the sequels couldn’t begin to approach the original classic, it’s easy to see how the detailed world Barker created in his short work demanded much more screen time. Jesus wept, indeed. 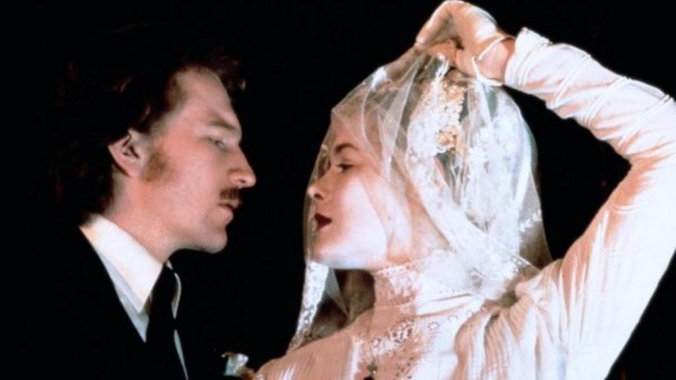 8. Ghost Story (1981)
As much as I adored the spooky, low-key adaptation of Peter Straub’s 1975 novel Julia (known as The Haunting of Julia in the US and Full Circle in the UK; you can find my analysis here), I find that Ghost Story, based on his 1979 book of the same name, just barely edges it out. The novel is so rich, complex, and over the top that the film couldn’t help but streamline the thing and leave several plot tendrils out, but I love it anyway, and I think director John Irvin was wise to focus solely on the central conflict of the book, that of the men of the Chowder Society battling the shapeshifting she-demon known by different names through the years. Some fantastically eerie scenes, and it was nice to see a band of dignified old codgers playing the heroes. 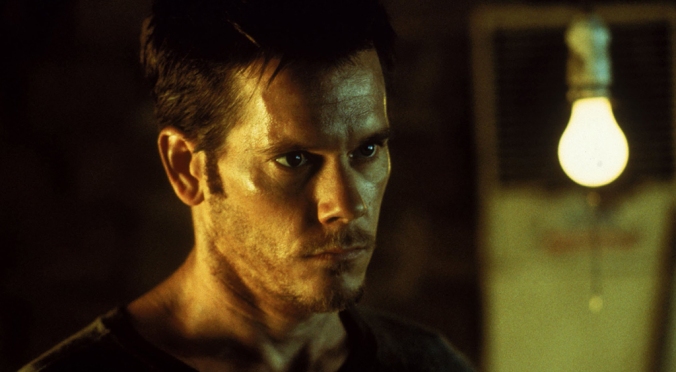 7. Stir of Echoes (1999)
I’ve talked about this criminally underrated film before, but I try to pimp it at every opportunity, because it’s so great and I’m still pretty bummed that it sorta got lost in the shuffle due to its simultaneous release with The Sixth Sense. Somewhat based on Richard Matheson’s short 1958 novel A Stir of Echoes, the film takes the basic plot of the book and builds an intensely frightening tale of hypnosis, psychic visions, and murder upon it. I’m not scared easily, but seeing this film in theaters gave me the heebie-jeebies big time, and it holds up remarkably well. Props also for the very Lynchian sound design, which ramps up the scare factor considerably. 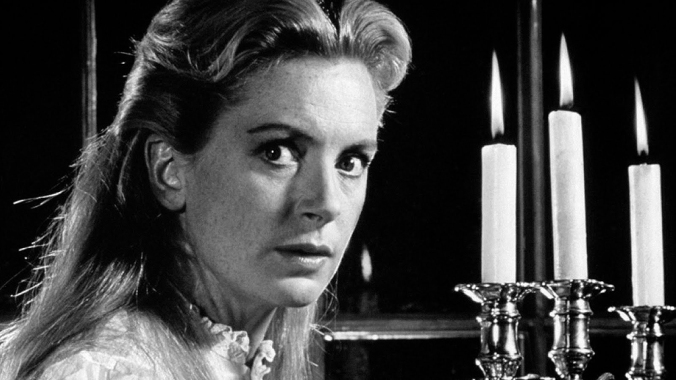 6. The Innocents (1961)
Directed by Jack Clayton and starring Deborah Kerr as governess Miss Giddens, The Innocents is one of those rare films that wrings the scares from subtle atmosphere. Based on Henry James’s classic 1898 novella The Turn of the Screw, with a screenplay co-written by Truman Capote, the movie is chock full of spooky children, secrets, ghosts, and eerie goings-on, amplified into skin-crawling terror by the use of music, lighting, and ambiguity. 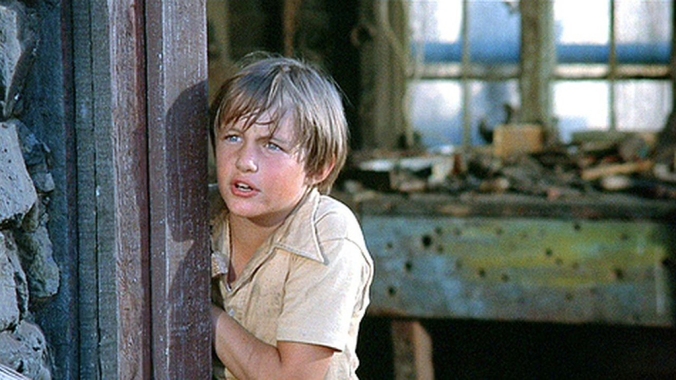 5. The Other (1972)
Based on former actor Thomas Tryon’s 1971 debut novel (and if you’d like to read a rundown of the lackluster adaptation of another of his fabulous novels, Harvest Home, I’ve got you covered), this Robert Mulligan-directed film is one of the best examples of the good/evil twin trope. Set in 1935 and starring Chris and Martin Udvarnoky as the conflicted Holland twins, the movie is a golden-drenched slab of uncanny mystery and horror, painted in hues of perverse nostalgia. Tryon, who wrote the screenplay, was reportedly not happy with the adaptation, but for my money the film more than did the novel justice. 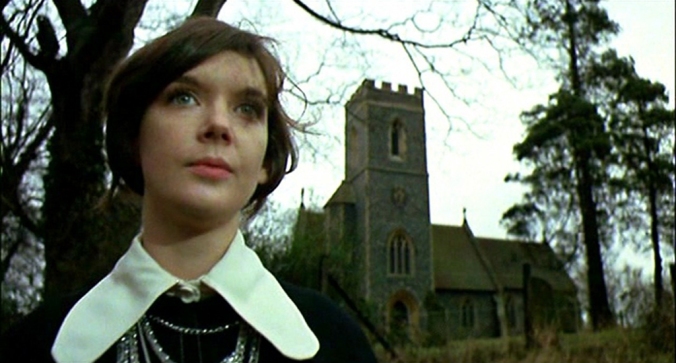 4. The Legend of Hell House (1973)
Another Richard Matheson adaptation (this time of his 1971 novel Hell House), this one takes obvious cues from The Haunting, but goes in a splashier direction with much effectiveness. Directed by John Hough and featuring great performances from Roddy McDowall and the impossibly adorable Pamela Franklin, the story takes the standard horror-movie plot of a group of ghostbusters investigating a scary house and does all kinds of weird shit with it. Baroque, overwrought, and lots of creepy fun. 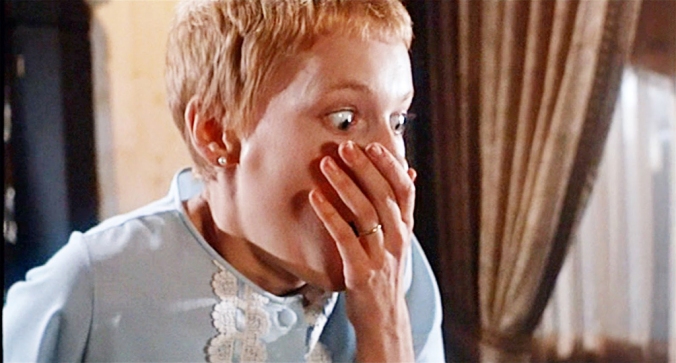 3. Rosemary’s Baby (1968)
Capturing the sly, blackly comic edge of Ira Levin’s 1967 book while maintaining a sense of slowly building tension and paranoia, there’s a reason this Roman Polanski-directed classic ends up on so many “best horror films” lists. I absolutely love Ruth Gordon as the lovably terrifying Minnie Castavet, and Mia Farrow is perfect as the fragile, waifish Rosemary, a protagonist you can’t help but sympathize with and be afraid for as everyone in her life seems to turn against her. If you’re a fan of Polanski’s films, check out my previous writeup on his deliciously creepy 1976 movie The Tenant. 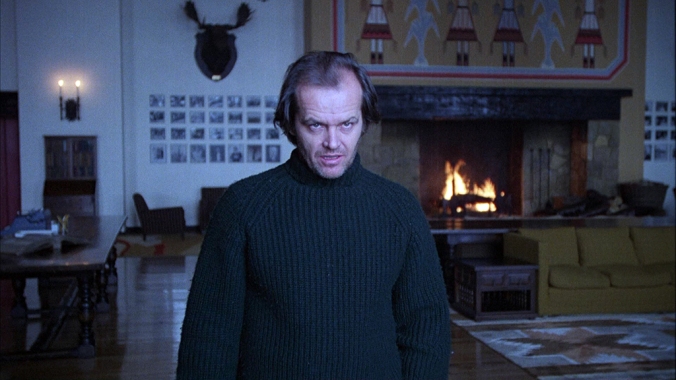 2. The Shining (1981)
What can I say about this masterpiece that hasn’t already been said? (Well, I said this and this, but y’know.) Taking what is arguably Stephen King’s best novel and using it as a springboard to explore universal themes, myths, and existential terror, Stanley Kubrick created a timeless, iconic piece of art that still has the capacity to enthrall and horrify, more than three decades later. Easily one of the five best horror films ever made.

1. The Haunting (1963)
You just knew this was gonna be my number one, didn’t you? I admit I talk about this book and film a lot (such as here and here, for example), but that’s only because I am in awe of the subtle dread and psychological depths this story plumbs in both mediums. Based, of course, on the hands-down best haunted house novel ever penned, 1959’s The Haunting of Hill House by Shirley Jackson, the casting in Robert Wise’s masterful adaptation is spot-on, and he deftly drenches the film in chills and atmosphere while essentially showing nothing, an astounding feat and one that is right in line with the source material. I really can’t recommend book or film enough, in case you hadn’t noticed. Oh, and I mentioned this before, but skip the lame-ass remake.

And just because I can, here are twenty more that were eliminated for the sake of brevity:

Keep it creepy, my friends, and until next time, Goddess out.