Woo, look at me, doing another one of these things already. It’s Monday as I write this, and I can’t use a hangover as an excuse for my movie-watching sloth like I did on Sunday, but hey, I got all the work done I needed to get done today (two graphic design jobs, two loads of laundry, two mile walk, thorough kitchen clean, thank you very much), and decided to chill with some more Hulu. Don’t judge me, y’all. 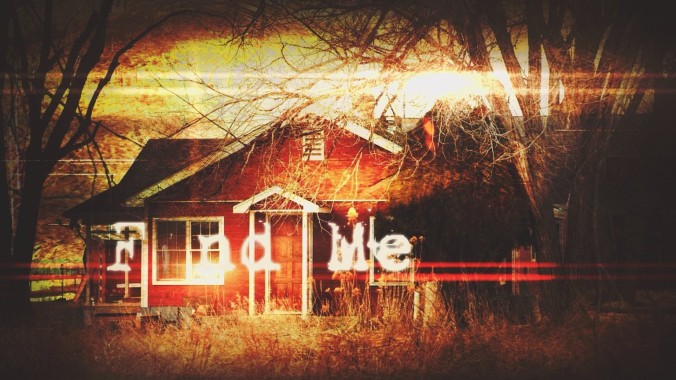 First on today’s agenda is 2014’s Find Me, one of many low-budget haunting flicks that came out following the smash success of The Conjuring. The setup of Find Me should be pretty familiar to any horror fan with two brain cells to rub together: Newlywed couple moves into long-empty house in wife’s rural hometown, scary noises and flashes of a female spirit in a white dress commence, there’s a creepy tinkly music box involved, and eventually a past tragedy concerning the wife comes to light. Lather, rinse, repeat. I don’t mean to be too hard on this movie, because it was actually pretty well done and enjoyable, but it isn’t anything we haven’t seen before.

That said, one place where it really did bring something new to the table was the characters. The two leads were also co-writers of the screenplay, and they did a nice job of making the married couple at the center of the action quite likable and sympathetic. I really appreciated that they subverted the “husband doesn’t believe the wife about the haunting” trope; it was really refreshing to see the couple investigating the mystery together, and even making self-aware jokes about Indian burial grounds and quoting the movie Poltergeist in jest (“You only moved the headstones!!!”). The wife’s friend was also a sarcastic delight, and I was really happy to see the three characters treating the haunting the way most modern people probably would: Freaked out, but curious, and oddly bemused by the whole thing. Additionally, there were some pretty creepy moments and a few good scares, so points there. 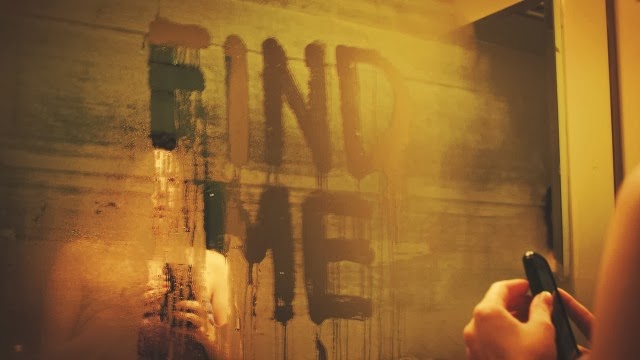 The resolution of the mystery at the center of the haunting, though, probably could have been handled better. For one thing, I found it pretty hard to believe that it took like an hour of the movie’s runtime before the wife figured out who the ghost might be, even though the answer was staring her right in the face. I mean—and this is a SPOILER ALERT, so don’t read the rest of this paragraph if you don’t want to know who the ghost is—if you had a twin sister who was kidnapped and murdered as a child during a game of hide and seek, and there’s a ghost in your house who looks just like you and keeps leaving you messages to “find me,” you don’t have to be a rocket surgeon to grok what’s going on, dig? I thought you could.

Also, as much as I loved the way the movie clearly tried to undermine the typical horror movie clichés, in the final act of the story, it seems like it fell prey to pretty much all of them, all at once. The ending might have been much better if it had been toned down some, since the nice slow burn of the first two-thirds of the movie was kinda thrown out the window at the end, when it all just got preposterous.

So would I recommend this? It’s a serviceable ghost story with a few fresh elements that gets kinda hamstrung by its silly ending, but overall I thought it was pretty decent. I wasn’t bored at any point, the characters were good and kept me interested, and it didn’t annoy me overmuch, though the ending was a bit disappointing. If that sounds like something you can live with, then by all means, give it a whirl. 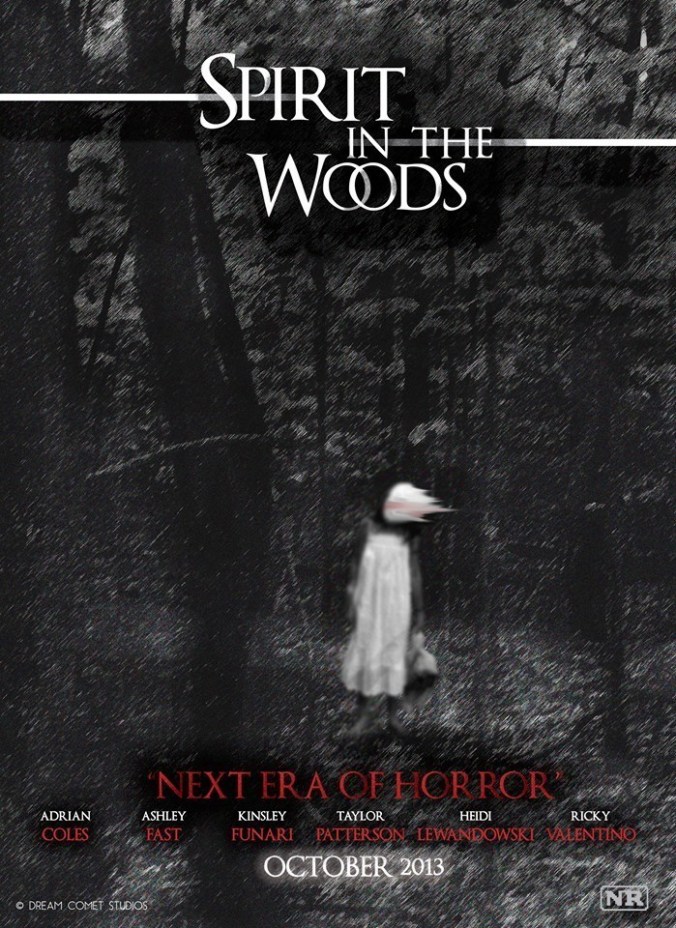 Next on the Hulu agenda is a straight-up Blair Witch ripoff called Spirit in the Woods. It has the same premise of college students wandering off into the legend-rich forest and disappearing, with their video cameras turning up later and the contents presented as real found footage. In fact, it looks like it mirrored some shots from Blair Witch pretty much exactly. Now, this movie came out in 2014, and the whole found footage trend was way played out far before that. That’s not to say that something interesting still couldn’t be done with the concept, but this amateurish effort sure ain’t it. In fact, I had a really hard time just sitting through it; it was just painfully, cringingly bad. There is no way that anyone would ever believe that this was actual found footage, since the “actors” were so wincingly terrible that no one would ever mistake them for real people. And it wasn’t even bad enough to be entertaining in a Birdemic sorta way; it was just plodding and boring and lame and irritating as a hemorrhoidal itch. Nothing much happened for easily the first half of the movie; it was just poorly-acted “college students” deciding they were gonna go do their nebulous biology project (?) in the reputedly haunted “Spiritual Woods” (groan), and then there was seemingly endless footage of them getting ready to go out there, interspersed with stupid “news” footage with an anchorman who kept worrying about his hair and doesn’t know how to count down to live TV (note: It’s 3…2…silence, not 1…2…3). Also, did I notice some spelling mistakes on the purportedly real “Missing” posters? Jeez. Director Anthony Daniel raised the money for this on Kickstarter, and I hate to say it, but his backers got ripped off just as surely as The Blair Witch Project did. Honestly, if you’re lucky enough to raise some money from folks to make your movie, at least come up with something original and not something that actively insults your viewers. Spare yourself the hour and twenty minutes of agony and skip it. Blech.